Eric was able to get some good seats to the T-wolves game last Friday. They where 4th row on the media side center court. I would of probably passed but with those seats you're almost on the court with the guys. And being it was game 2 of the season I can say I was there in the beginning of their championship season. (yeah right!)


Chase was pretty quiet at first but by half time he had warmed up. He clapped every time any one (Wolves or Bucks) made a basket. And by the end we kind of had him howling like a wolf. 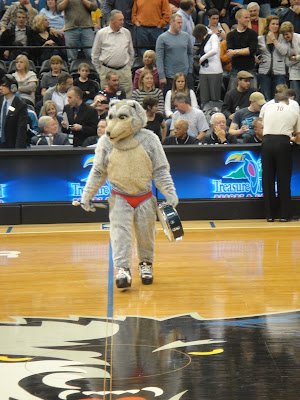 Krunch in this tighty red undies 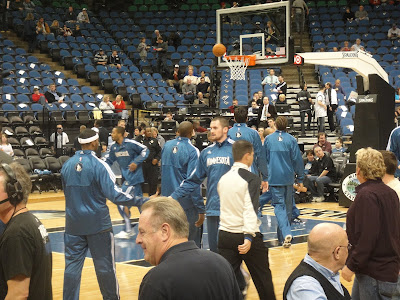 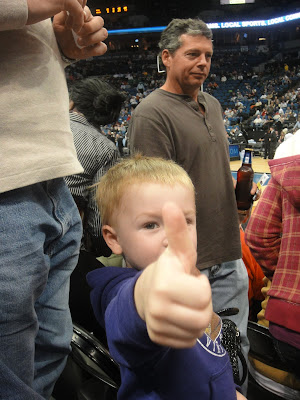 Chase giving the Thumbs up 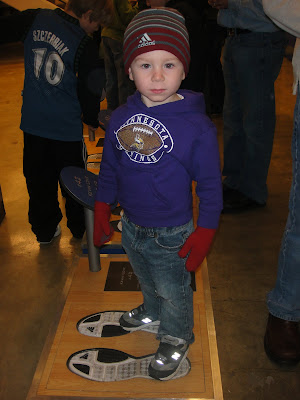 Can't remember what size these shoes were but scared to think Chase's feet could be this big one day since he's already a 9.5 at age 2.
Posted by Jenny & Eric Bjorgaard at 8:59 PM