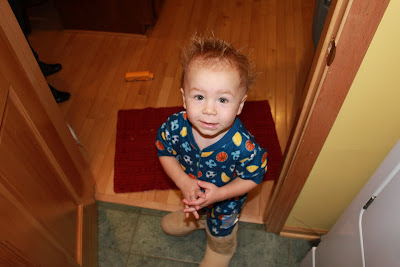 Eric styled his hair that morning! 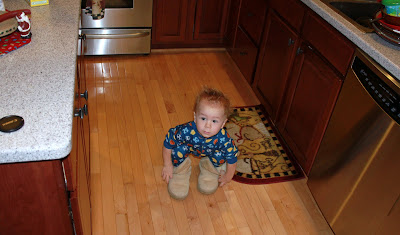 I thought this one was funny. Doesn't look like he has legs. 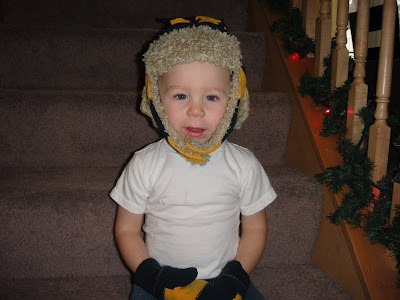 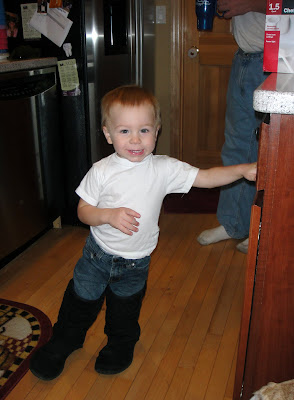 Chase is loving the chance to go outside in the snow. He doesn't mind putting on the gear to go outside. I think he enjoys wearing the hat. Here's some shots of him with his hat and gloves. (had to buy a 2nd hat since the first one was too small) I think this one is a 4-5 year old. He also loves wearing my boots around the house. I haven't got a chance to get out in the snow with him yet. Hopefully after Christmas. I did buy him a sled and shovel now to entertain himself while out there.
Posted by Jenny & Eric Bjorgaard at 9:32 PM