I figured there is no snow on the ground yet so I'm o.k. to post these pictures from the Apple Orchard.  We chose one in Delano this year.  We went early in the season but when we did the pick your own there was not much to pick from.  So was pretty much a bust.  Lots of rotten ones on the ground and trees. We ended up buying from their store.  But we did walk around in an attempt to pick apples. 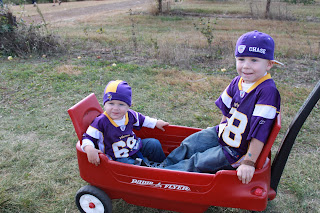 I should have zoomed in on Brayden in these shots.  So cute! 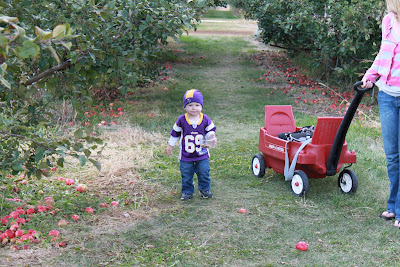 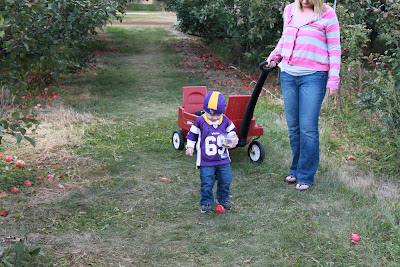 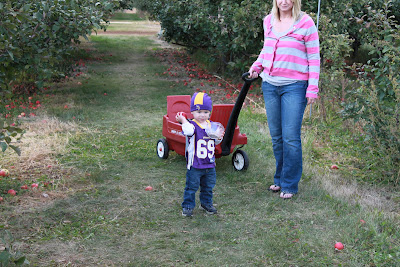 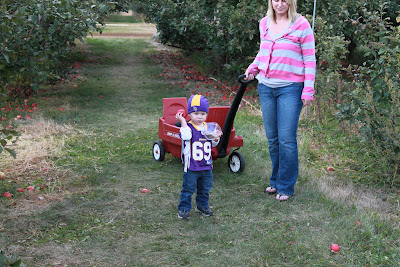 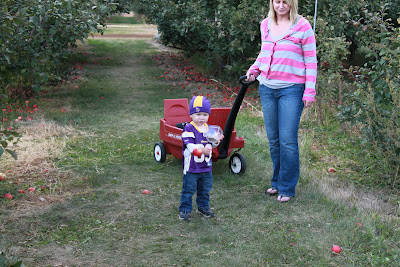 Chase did manage to find one tree that didn't have rotten apples.  We had no idea what kind they were but bought some and liked them. 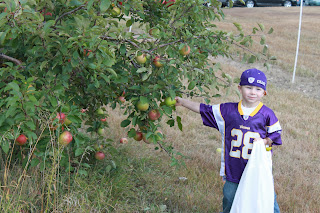 The darn cow train! We must ride at every orchard. One year I won't have to ride with them. 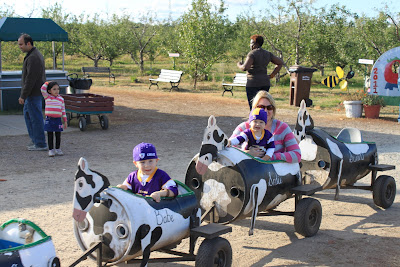 This pumpkin had apple cider in it and he had the cutest bitter face going on of course we couldn't get a shot of it. 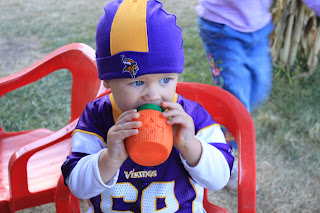 The biggest cookie ever!!  He probably could have eaten all of it too. 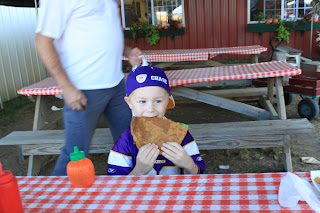 They both enjoyed playing in the hay bales.  Need these for our back yard. 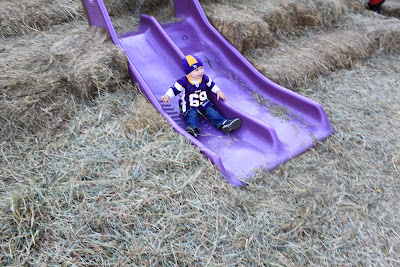 Love this picture of the 2 of them.  Too bad Chase had to have that ugly Sherk watch which was a Happy Meal toy from a couple years ago.  No idea where he found it? 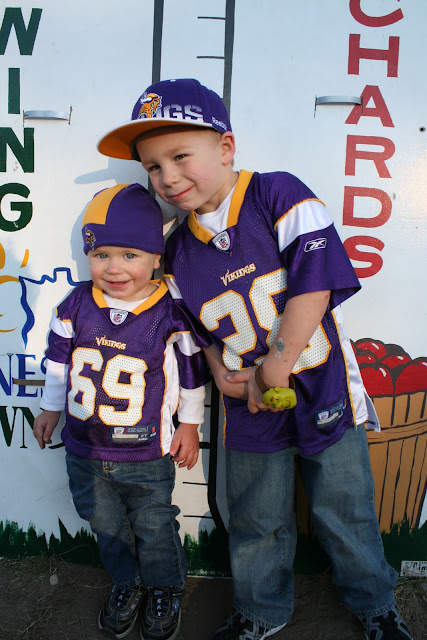 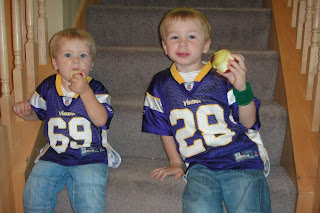