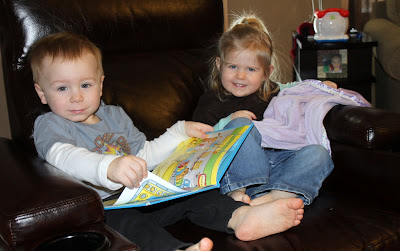 Chase and Addy reading a book 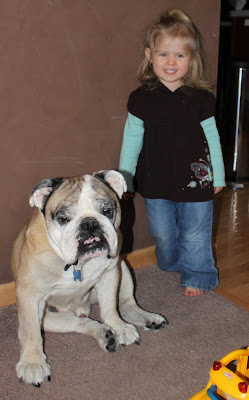 Addy and her best friend for the day! 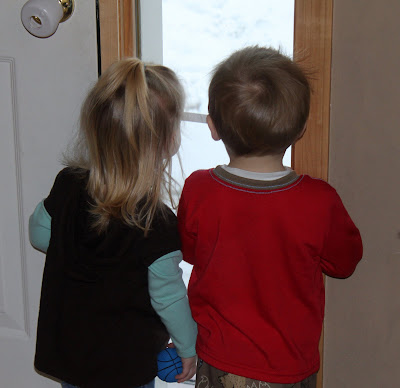 Chase and Addy checking the outside. 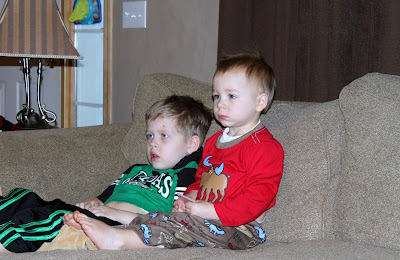 Parker and Chase watching a video.

The Rislov's day care lady was sick last Monday so Parker and Addy spent the day at our house. Russ said at times it was easier and a couple times harder. Chase spent some time in "time out" due to the fact that he doesn't share well. He kept taking Addy's toys away and giving them to Russ. So I guess if he couldn't play with them no one could. Addy took it in stride and just found something else to play with. Here are some pictures from their day.
Posted by Jenny & Eric Bjorgaard at 9:13 PM