Brayden giving me his best smile. 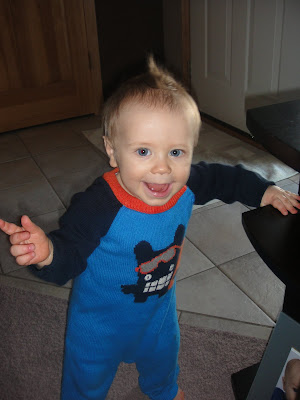 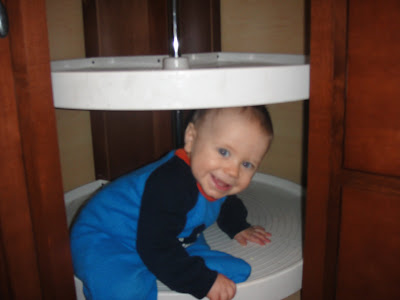 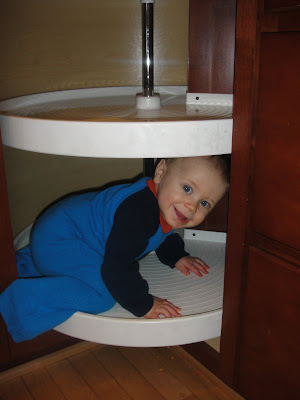 A rare moment the 2 of them getting along. 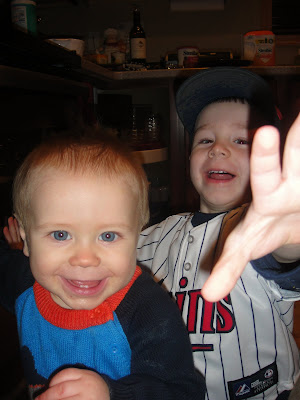 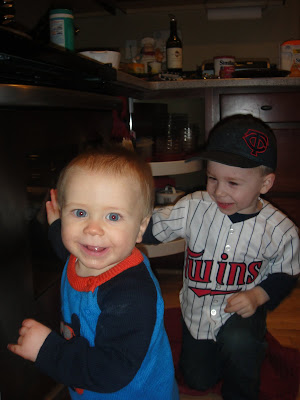 Brayden playing with the i-pad or at least trying to. 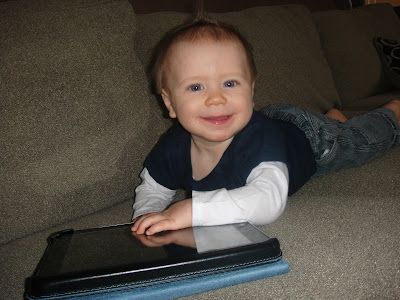 Brayden and his baby 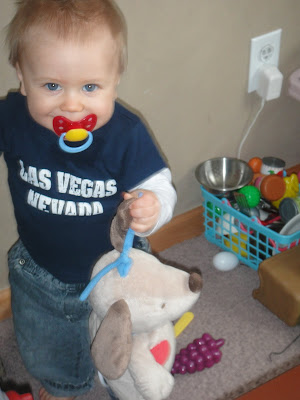 Brayden has made it live to 10 months. His big brother continues to taunt him. He steals his toys, knocks him down, and tries to box him. Brayden takes it all in stride. He is one tough baby!! He isn't always happy these days though. He has been such a great baby I knew eventually he would start to have a cranky time. He has a couple hours a day where he wants to be held and walked around. There is a period in the morning and mostly the evening (dinner time) when this occurs. He's really moving around now. His walking is his main form of transportation. He's falling less too so that is a relief to us.
His new joy is food!!! He has always been a little piggy but he's ready to eat anything. You cut it up small enough and he'll eat it. It's getting to the point now where he isn't a fan of his baby food that much. Don't blame him there is better stuff out there to eat.
No check up this month and haven't weighed him yet this month. Only has the 2 bottom teeth we were hoping all his crankiness would produce more teeth but so far nothing.
Another big event he is finally sleeping though the night!! He gets up around 6 now to eat and is up for the day. It makes for getting ready in the morning a little more challenging. But in return a good night sleep!!
Posted by Jenny & Eric Bjorgaard at 9:55 PM