We barely made it out to the fair this year (11year in a row for me now).  Russ had taken Brayden one Friday but when it was time for the rest of us to go he was sick. Due to Eric's lovely work schedule we are limited to going on a Sunday.  We chose the 2nd Sunday of the fair (of course the busiest day of the 10days).  The night before Brayden spiked a fever and threw up a little.  He slept well though the night but had a slight fever in the morning again.  Eric was going to stay back with him but when he got up from his nap he seemed like his usual busy self.  We decided to take him and give it a shot for a couple hours just in time for us to eat our fav foods and let Chase do some riding.
It took a while to park and get in but the boys did great waiting (thank god for a dvd player in the car).  The day itself proved to be the perfect weather not to hot and not to cold.  We hit the usual spots we like for food, the midway for games, and the kidway for rides.  Also we had to go to the Twins zone so Chase could play there.  We by far missed a lot of the fair but with two small kids (one not 100%), a double stroller, and thousands of people I think we did just fine.
Some Pics below: 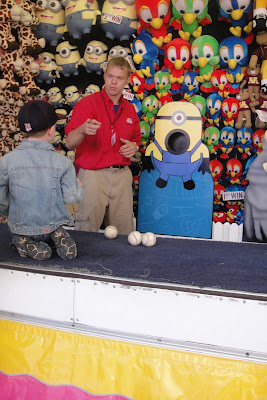 Chase taking his shot at a game.  He ended up with 3 small stuff animals.  (oh goody!) 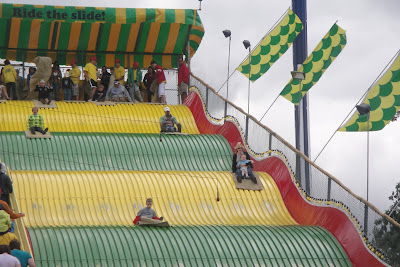 Hard to see but Eric/Chase top right coming down the big slide. 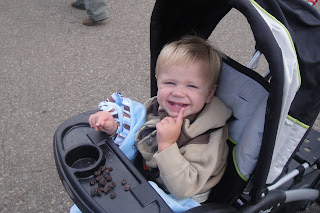 My teething baby enjoying his raisins. 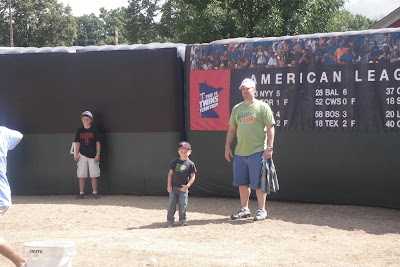 Eric and Chase at the Twins zone playing a little ball. 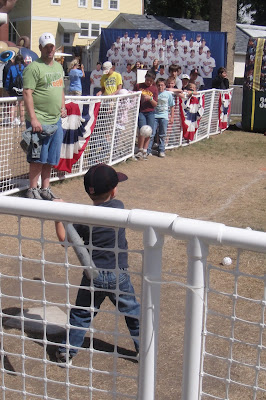 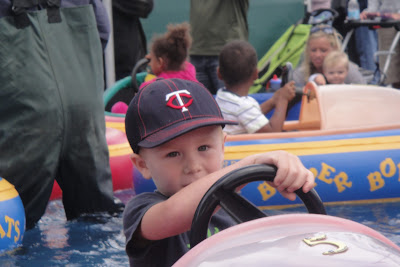 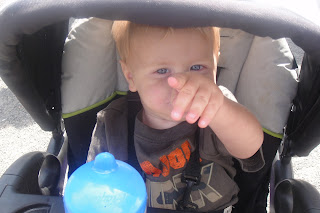 Hey mom next year I ride too!!! 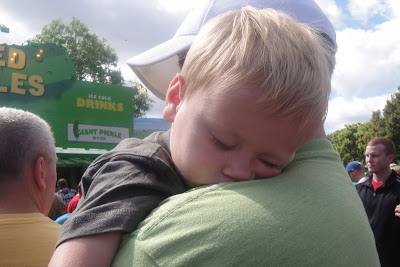 If you seen this line we stood in for the deep fried pickles it would make sense as to why Brayden feel asleep. 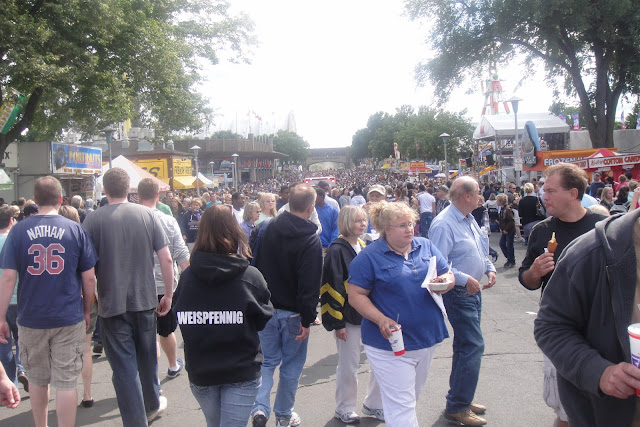 This was a shot of the crowd from the line at the pickle stand.
Posted by Jenny & Eric Bjorgaard at 11:06 AM