Christmas Tree long gone but the memories of the find

Once again for Christmas we went with a real tree.  This year Eric let Chase pick it out all by himself.  This took him about a minute to find one.  He did a pretty good job my only complaint was it could have been taller but he never made it to the taller tree section.  He pretty much just picked out the first one he seen.
Here are some shots of us from the lot.  I do have to be thankful he picked out the tree in the 1st picture because after the guy took it to be cut and bagged he found another tree. This would be the tree the boys are standing by on the last picture.  He called it a Charlie Brown tree.  I would have to almost agree just has more needles than old Charles tree had. 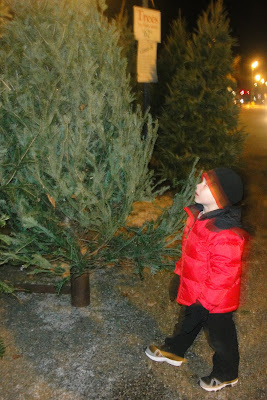 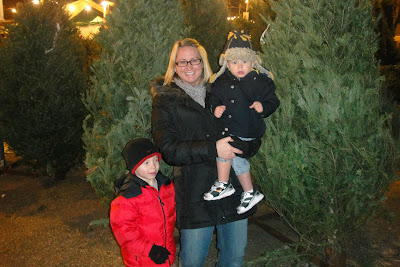 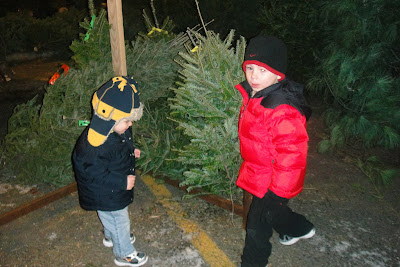