We spent a weekend in March at Arrow wood Resort in Alex.  Eric got a much needed weekend away with the family.  Now hard to believe these pictures were taken the first weekend in March because soon it would be 70 degree days and no snow.
Brayden got his first sled ride and real enjoyed it!!  Wee's all the way down the hill.  We made the mistake of sending Chase down first and he of course hit a jump and went flying.  Luckily he wasn't hurt and was a good sport and kept going back down.

Pictures below of the boys sledding- 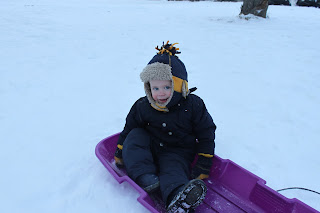 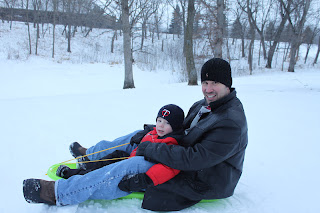 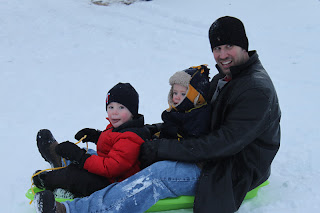 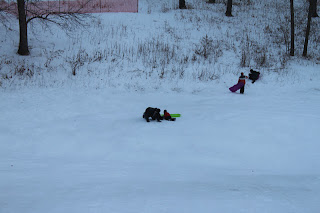 Here is a family shot around the fire with smores. 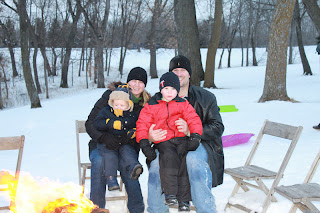 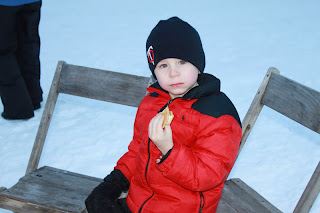 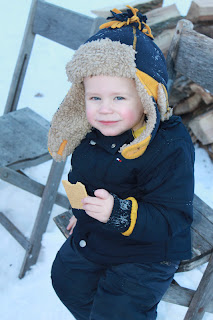 The Water park is what we really came for. I soon remembered how cold the water is but when it was sunny outside it heated the place up a little more so the boys could enjoy it.  Chase thought it was too cold and just wanted to go in the hot tub.  He was a couple inches to short from going down the big slides so he stuck to the kiddie ones. Brayden on the other hand loved the slides.  We would take him down and right back around he would go back around to go down them again.

Some Pictures of the boys splashing. 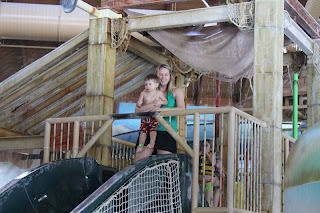 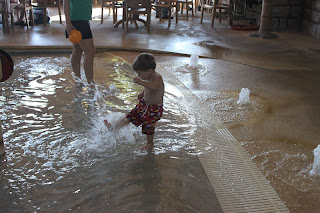 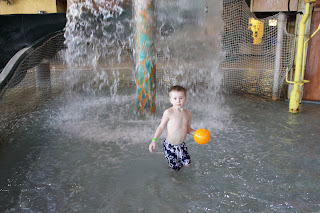 We learned a couple things over the weekend. Chase's swimming lessons are really paying off.  We where here a year ago and he was a little scared but now he was always putting his face in the water and swimming around.  No fear to jump off the edge either.
Brayden we learned has no fear of anything.  His favorite thing to do in the normal pool was jump off the edge.  He did it over a hundred times.  Every time he would count down in his cute little voice-"3,2,1-cannon ball!" and jump in.  We of course where there to catch him but his no fear attitude could be a problem come this summer when we are near water.