The 2 boys and I made the trip up for Bridger's 4th Birthday. The boys have such a good time playing together now it's sad to leave and go home. Bridger's party started out at The Black Cat for a breakfast brunch, gifts, and cake. Than we headed over to "Lover's Lane Park" for some sledding. Now again this was the first part of March and they had more snow than the cities but it was melting fast. We were all pretty wet by the end of our time there. 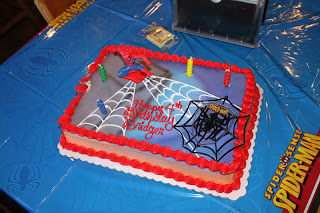 Of course my boys just wanted to play with the dart board and pool table. 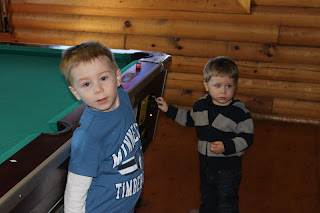 Lindsay and boys sledding.  It was hard to get good speed since it was so wet. 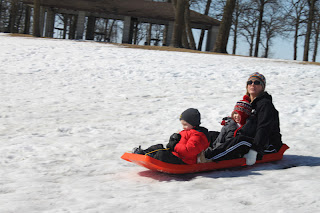 Hard to see but even Grandpa Mike took a trip down the hill. 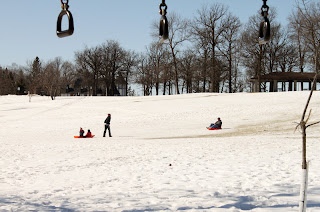 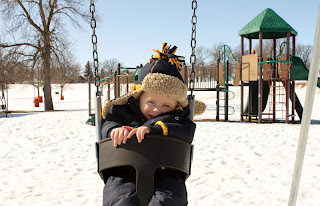 It's hard to see but there was some poor snowman the boys went after.  I could hear in the distance let's knock his head off.  Huh so such sweet boys!! 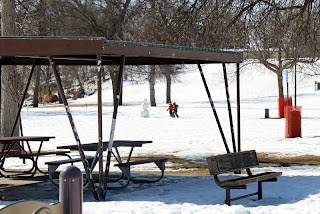 Lindsay pulling all the boys. 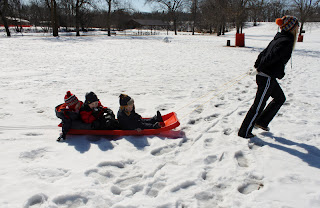 Here was some more fun from the weekend.  Since it was so nice out the boys dressed all up and hit grandma/grandpa's yard.  It was one of the few times we really got to play in snow this year.
Prowler Fans!! 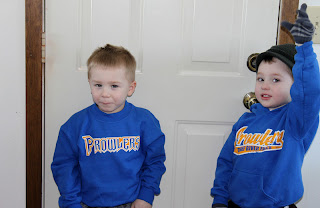 Grandpa was standing in the window making faces so the boys decided to unload as many snow balls as they could make at him. 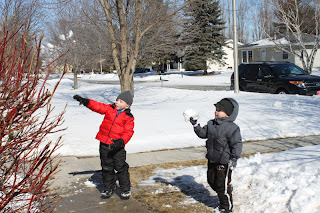 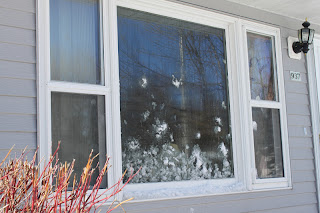 Than they took it to the front door.  Oh what fun they had! 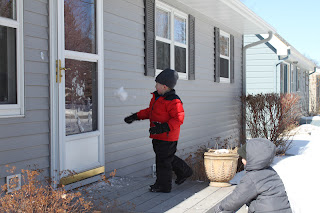 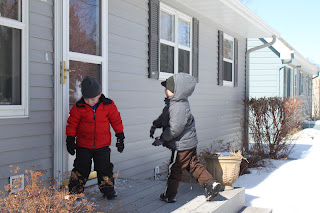