We ventured out to the Apple Orchard on Saturday with my parents, sister, and nephew. And much to every one's surprise there was no hot apple cider being purchased. It was 83 degrees that afternoon. We were actually sweating in October. We chose the Minnetonka Orchards in Minnetrista to get our apples at. Due to a frost in May there wasn't apples to pick ourselves. (though I did see people picking some). So we hit up the kiddie area. We had a quick look at the petting zoo, the boys tried to pick up pumpkins, the boys climbed up in some corn bin thing, they enjoyed playing on a train, and we all took a hay ride. Looking after two 2 years and a baby proves to be a lot even for 4 people. We were only there for a couple hours but felt like we had been there all day.
We all purchased some apples at the store. Along with some cold apple cider, apple donuts, and apple carmels(really good!!). Than it was back on the hay ride for a beautiful trip though the forest. There were some great looking fall foliage out there.
Bummed I didn't take more pictures. 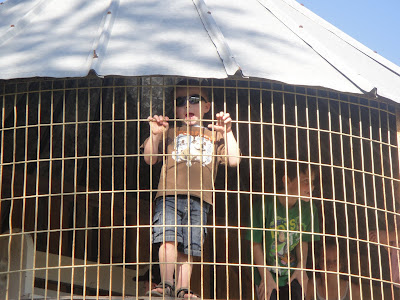 Chase and Bridger climbed up in this thing and of course we had to go get them out. 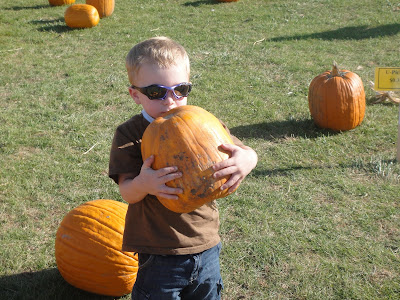 Chase carrying pumpkin around. Must be a boy thing all he wanted to do was pick them up. 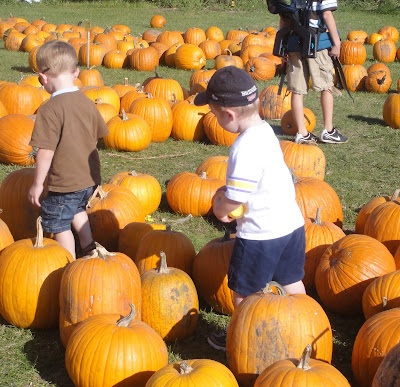 Bridger and Chase in the pumpkins
Posted by Jenny & Eric Bjorgaard at 2:01 PM