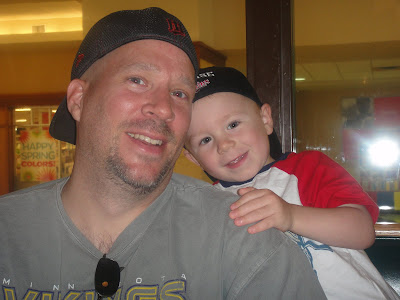 Russ and Chase at Applebee's 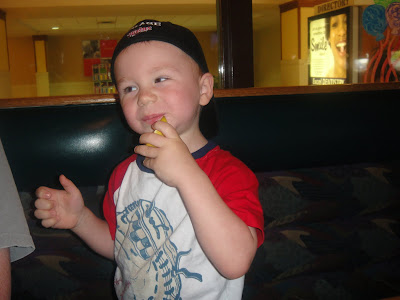 Chase sucking on a lemon 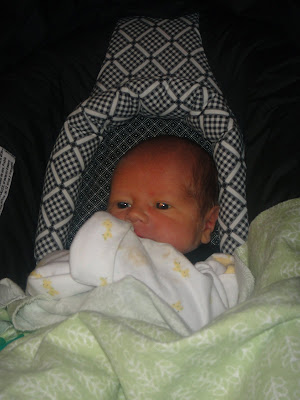 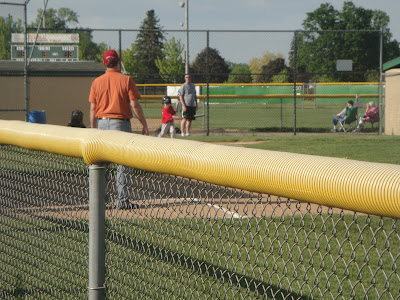 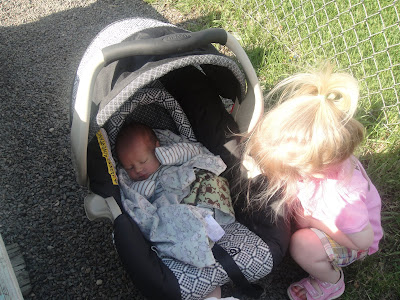 Addy checking out Brayden at his 1st baseball game

Monday was my 1st full day home and we were some busy people. I'm feeling good so we have been out and about. It helps that Eric has stepped up his daddy duties now that we have 2. It's been great to have him around every day. Sad to see the week is almost over and he'll be back to working 60 hours a week again.

Russ was going to bring Chase to his favorite place to eat Applebee's for lunch. But Chase didn't want to leave Eric. I told him to just go with out me. Than figured what the heck Brayden had already ate so thought we can go too. The first trip out went really good. Don't think he made a peep. Here are some pictures from Applebee's.

Than we decided to go see Parker's little league baseball game in Crystal that night. Chase is a huge Parker fan and figured he would really like to see the sport he loves so much in action. It was really cute to see those little guys out there playing baseball. Eric always said if he didn't have to work he would still be a little league couch. He did it for a summer job back in high school and just loved it.
Chase watched most of the game but than was more interested in candy and playing in dirt with Addy. I believe Parker went 2 for 2 that night on hits.
I can't wait for our 2 boys to be playing little league one day. Should be fun times!!
Posted by Jenny & Eric Bjorgaard at 9:04 AM