Chase's new bedroom set finally made it's way here on Monday. Eric and Russ got it set up and we went and picked out a mattress. We ended up spending a little more than we thought on the mattress but figured we might have to spend some nights on it ourselves. Plus the guy told us it would last 10 years. I remember as does Eric what our mattresses as kids looked like after 10 years so we hope the guy was correct.

We put on his new bedding and had him all tucked into his new bed. I read him his stories got all his friends gathered around him and he asked for daddy one last time. I sent Eric up there and he told him "this bedroom is to big for Chase." And that was it for his first night in his bed. Eric brought him back to his crib.
Day 2: Russ got him to nap in his new bed and he slept well. No falling out to report. I put him in there tonight also and it's been almost 2 hours and so far so good. We are leaving the crib for him right now and will be putting baby in a bassinet until he's ready for the big move full time.

Chase Night #1 in his new bed. 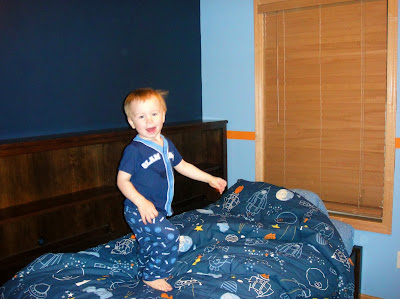 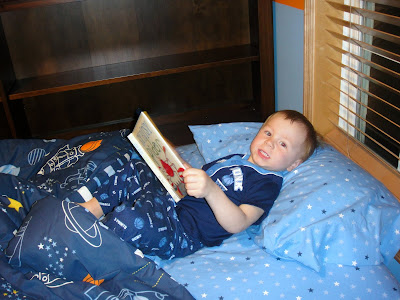 Night #1 his final resting place with all his friends. 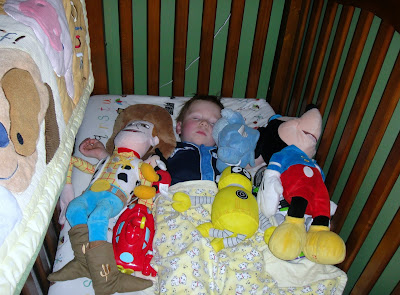