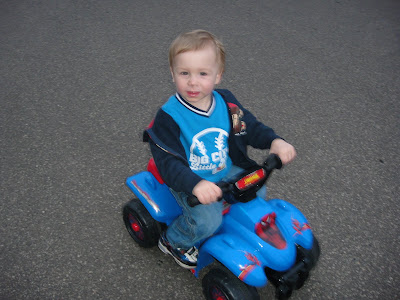 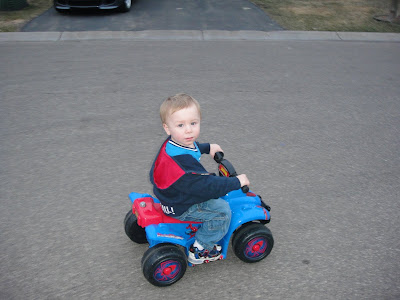 No snow in March is still crazy for us to believe. But than add 70 and 80 degree temps it really makes for a great spring so far. Russ and Chase have been spending a lot of time already at the parks and playing outside. They play baseball, golf, basketball, and drive the four wheeler around.

Most nights I get home and Chase wants to head back outside to play. I don't think he cares about eating dinner each night just wants to play. To bad his mom doesn't see it the same way.

The other night he got on his four wheeler and we cruised around the development. He tired to head towards the park but his battery was almost dead on the four wheeler and there was no way I could of made it that far either.