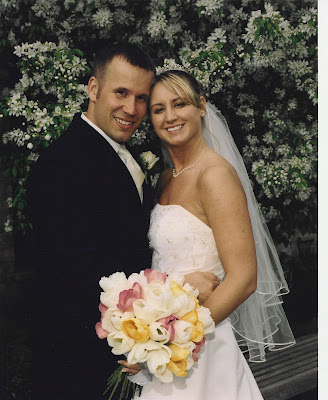 
Hard to believe but it's been 6 years already since Eric and I got married. As you know we were middle school sweethearts (which means we dated for a whole 10 months back than). In high school went our separate ways. But came together again in 1999. I've been living in the cities 10 years now so we spent 4 years dating and now 6 years married. Time files when you are having fun!!


It was a beautiful May Day back in 2004. We got married at Westwood Lutheran church in St Louis Park and had a great reception at the Sheraton in Minnetonka. For our honeymoon we went to Blue Finn Bay Resort up in the North Shore area. We haven't been back but hope to go again some day.


I thought I would share some pictures of Eric and I though the early years. 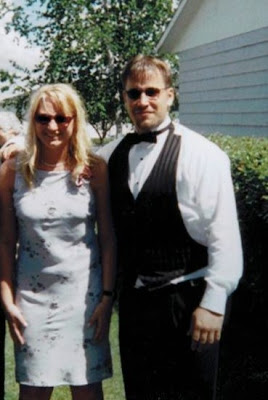 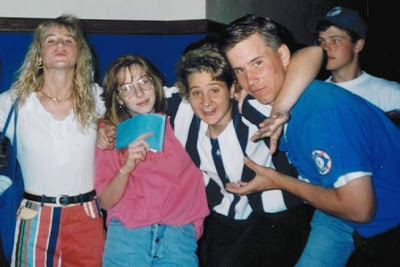 June 1993-Last day of 10th Grade.
Not a couple here (Eric wishes look how hot I am in that outfit)
Katie & Kara also in this oldie. 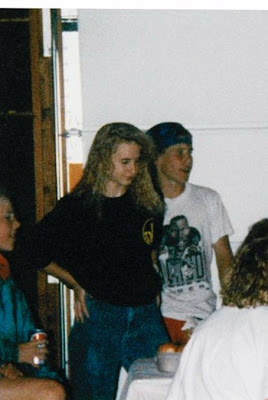 According to the back of this photo this was the end of
7th Grade garage party. (June 1990)
Yes that is Eric and I!!
We are so young and skinny!!!
(Look I have on mom jeans!)